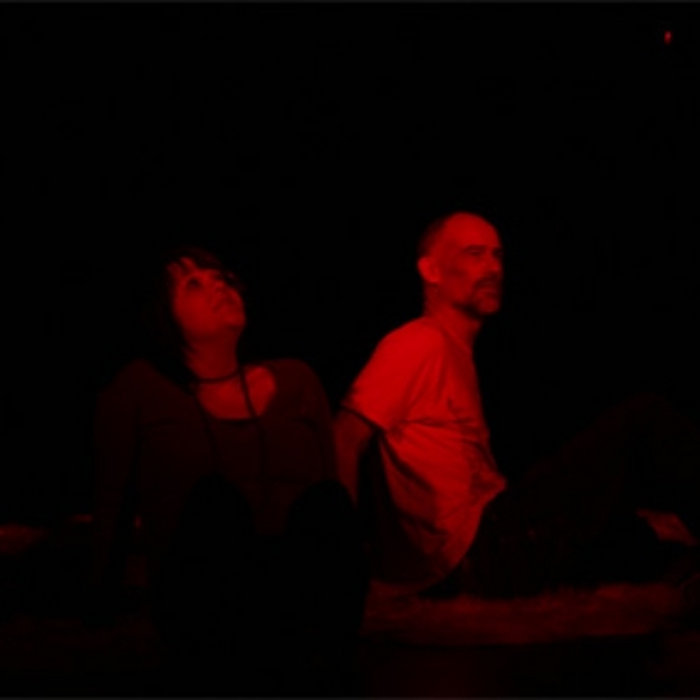 Recorded May 18, 2007 in Eskilstuna, Sweden
Eskilstuna - Picturebook Soundroom Days in May 2007

These days I am reflecting on silence. I try to listen through all the noises I hear when walking around. Light and landscape help me, and so does my skin, because there is a feel to every place on earth; it is not caused by global warming which immediate result made me shiver so much a few days ago. This silence doesn't mean the abscence of sounds. It is the moment that all those sounds compose calm, or peace. At that point the setting for a story is perfect. I like the silence of a kitchen or the silence between lovers. It is silence that makes images and memories come alive: it is silence that turns the youngest moment into a memory.

But there is no silence if there is not a place where it can be heard or experienced. In the old days, before merchandising turned the expressions into a slogan, one could talk about peace and love. But these words are so big, that they crumble down to nothingness if they are used in a superficial way. Just keep on listening, then hear, and then realise where you are. And then take care of that moment. And start again. And please forget about John Cage.

Anders Ostberg on the left, me on the right, picture by Bjorn Eriksson on the day I left Eskilstuna. Anders I knew through the chain-tape-collective, an online group of recorders/composers who produce cdr-'s on different themes. Anders was also a contributor to my festival-to-go version of das kleine field recordings festival. When I asked him for some addresses to perform in Sweden, he proposed me to Jennie Andersson. She invited me to set up a soundroom. I do not like sound installations. So this was a good chance to find out why.

While in Eskilstuna I was hosted by Anders and taken care of in the best way one can imagine.

Mälardalens Högskola was the name of the university that hosted me. Mälardalen is the name of the lake that is to be found on a good fifty minutes walk from Eskilstuna's centre. But during my stay I saw the light of the setting sun on the vanilla coloured houses along the water when walking back to Anders apartment with the selection of Cronenbergs movies, and I saw the same houses again, and some others in the morning light and the old church on my way to the school in the morning. I never made it to the lake; and when I walked out one afternoon, it started to rain...

This is not a scene from one of Cronenbergs movies. It is Malena Larsson. One of the two helpers that volunteered months ago. The other girl is in the picture below.

Before I came to Eskilstuna I tried to ban thoughts on what kind of sound to install as much as possible. I was amused by the fact that two 'helpers' were appointed to me: Why should I need helpers? What for? Of course I was trapped by my fantasy and couldn't help reflecting on what to do. It proved so very wrong when I arived. In my imagination also the room itself was included: I had in view a nice wooden house with some green around it, windows, a place where I could live when in Sweden. I never had been to Sweden before.

The first sight of the rooms destroyed every plan I had. But the first encounter with Jennie, Anders, Malena and Camilla made me realise how lucky I had been. In the days following luck changed into happyness. As Anders said:"you made the girls work like slaves." Not completely true, but they did work as much as I did.

On Anders Ostbergs blop there is some pictures of my soundroom in action. Also on the pictures here of Malena and me, and Camilla Lännström and her mobile phone (in fact she was texting in shorthand writing the essential words of my lecture) you can see little shiny things pending. The one in Camilla's ear was not included. All those little shiny things were made and hung against a black curtain by the girls. The whole setting was by their hands. When I saw the result for the first time in the minimal red light, I was totally taken away: Everything was just like I had imagined it.

Well, not eveything. I never could have imagined how fullfilling working with Camilla and Malena could be. Jennie came to see us as much as possible, (also because she had 'more important' business to attend to). Malena could only help during the preparations; she had to go on wednesday. So I decided to have the premiere just before she would leave.

Once everything was set up, I decided that my soundroom contribution would be a bit like the old circus days. Three shows a day. Anders archived every minute of it for this and coming generations. On the last day we had a lunchtalk without lunch. I don't recall what I said, but Björn Eriksson has everything recorded, and maybe it will become available some day. For this occasion Ms. Judith Moldenhauer (on the right on picture two) was invited, and she had some interesting words on composing one's own reality; an appoach very close to my way of working.

On Saturday Jennie had promised me that the school would be dead. A good opportunity to turn to Second Life. Björn came over from his house on the north pole. We installed a surround speaker system in one of the computer rooms, put up two beamers, and entered into the virtual Haidplatz in Regensburg.Much fun to look at. I will certainly try to make a field recordings festival in Second Life one of the features of the coming das kleine field recordings festival in Berlin, next august. I have to put up a link to the pomodoros from bolzano who helped us with realising this concert.

And ah. The three old men spent a good evening of psychedelic sounds, when Anders went through his record selection of very odd psychedelic music and d.jayed for more then four hours. He also made us listen to the record that changed his view on music completely, and made him decide to turn to phonography etcetera. Also these hours got recorded and might be heard one day on adrian shephards and my Radio On.

On the last day of the Soundroom days I was in Stockholm. There I walked around the Royal Island and recorded some boats and birds on a very grey and chilly day. Meanwhile in Eskilstuna: the recordings of Anders were played. And I hope the room was left on its own, unattended, in complete darkness, only visited by us, I mean by our memories. Camilla mailed me some days later that the room got dismantled. But that happened in some other life, of course.