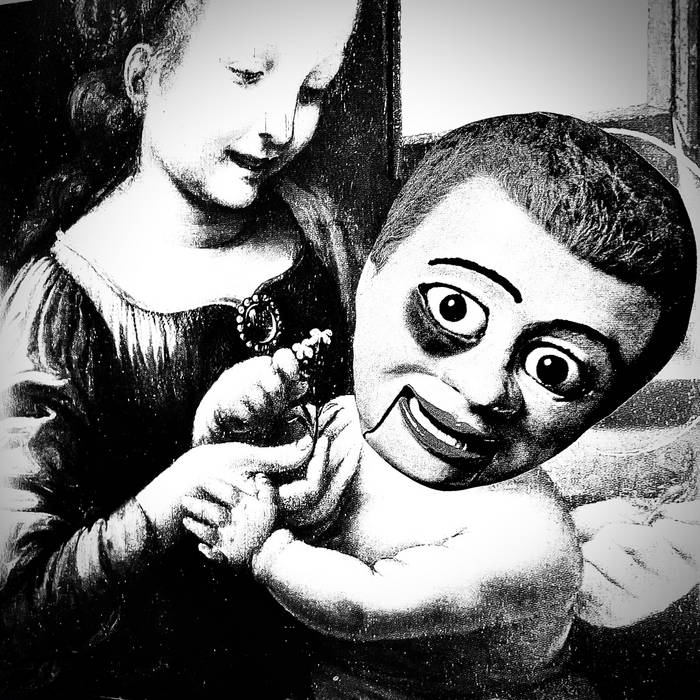 "Jeff Surak with a perplexing cassette from the Californian Eh? Aural Repository label run by Bryan Day. We’re given almost no information on the intention or method of Eris / Dysnomia (EH? 118), apart from the fact that it might be “composed of contrasting audio articulations”…equally intriguing is the suggestion that the tape proposes a “nebulous journey” for the listener, one where a few clues might be scattered along the ash-strewn trail.

So far I’m enjoying the mystical semi-psychedelic bike-ride that is ‘Parasite Lost’, or at least I would be were it not for the disquieting mood it generates. Surak is, I suppose, no stranger to creating a very troubling and almost menacing sound throughout his 40-year career of underground grumblings and grinds, but this ‘Parasite’ episode is notable for its subtlety and suggestion. Every sustained sound hovers on the edge of sonic violence, like a predator circling silently overhead. Some of the “signposts” here include a brief snatch of an Eastern-flavoured melody in the distance, and a confusing semi-mechanical moment near the end, reminiscent of a malfunctioning water pump or railway piston, but for the most part this is a surreal puzzle. I myself am tempted to read ‘Parasite Lost’ as an inverted morality tale with Biblical undertones, but this might be the influence of the rather hideous collage cover art with its detourned Madonna and Child.

Flip tape over for four more horrors… ‘Concupiscent Strings’ induces an instant sense of futility with its tentative jangling and scraping sounds, almost making a mockery of conventional music performance, and reminds me of Raymond Dijkstra’s music for some reason. ‘Asphalt Muzak’ is a title which could be said to neatly summarize in two words the themes of 80% of industrial music, and was assembled (I would guess) by splicing together segments of abstract noise in such ways to create maximal surprise and uncertainty for the ears and brain, using a tape-editing method that verges on the psychotic. In 9:54 minutes, we get a very strong demonstration of Surak’s craft in this area, with powerful results that will induce nightmares in the timid and weak. Every bit as subtle as ‘Parasite Lost’, but by now we seem to have advanced one or two parasangs further into the Forbidden Zone, and delirium and madness can’t be far away.

I might pass over the short track ‘Stuck’, which seems to me like a silly joke about dance music and sampling, and which ruins the lovely grim mood that’s been so well sustained up to this point; but we’re back on track with ‘16 Hours on Neptune’, which might be read as Surak having a stab at “kosmische” music on his own pessimistic terms; at least it adheres to a root note with its denatured drones, and injects a small note of hope on what is otherwise a very down-beat statement. "
~Ed Pinsent, The Sound Projector