The Truth About the Key 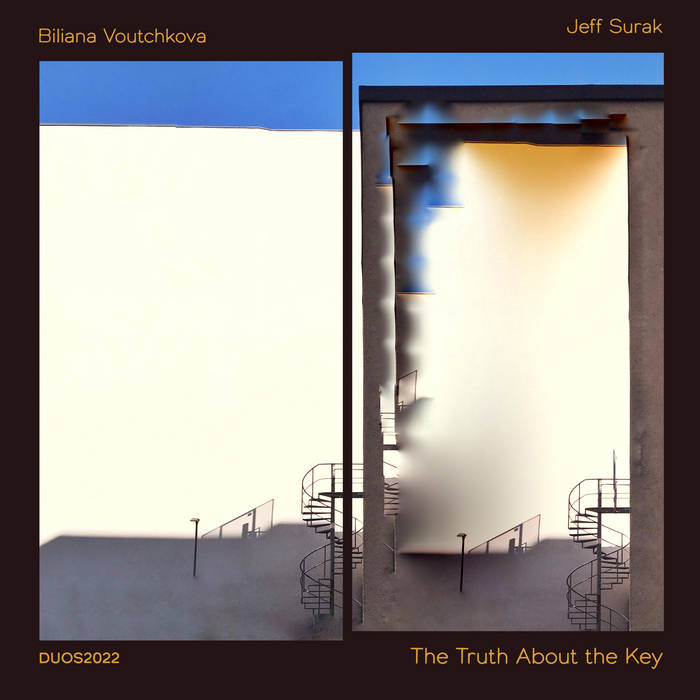 This is the sixth in a series of digital releases in partnership with the label Relative Pitch Records.

Biliana writes:
I've started the year with a good deal of inspiration for this new project - DUOS2022. As can be gathered from its title, it’s an year long project, a continuation and development of my curated live concert series in Berlin which started as DUOS2020/2021.

The recording with Jeff gave us unlimited possibilities of a dialogue with the environment. We did a day of guerilla actions in various places in Berlin, recording everything with no distinction between "performing" or matter of fact actions such as taking the tram to the next location, packing and unpacking etc. We kept our ears open and merged with the multicolored soundscapes of each location. The next day, we went to the Liebig12 where Jeff had a residency, and he had set up a studio situation for a recording session there. We kept the spirit of the guerilla actions, letting the tape roll the whole time. I was really inspired by the fact that music making took place beyond our control, that we welcomed unexpected circumstances and used them as inspirations for sonic response, that we waved our sounds together with the already existing soundscapes in a most fascinating real time composition. The masterful final edit Jeff did is a delight, a kind of non-narrative story telling of two days in the city of Berlin.
credits
released December 2, 2022