This Space Occupied (by Maida) 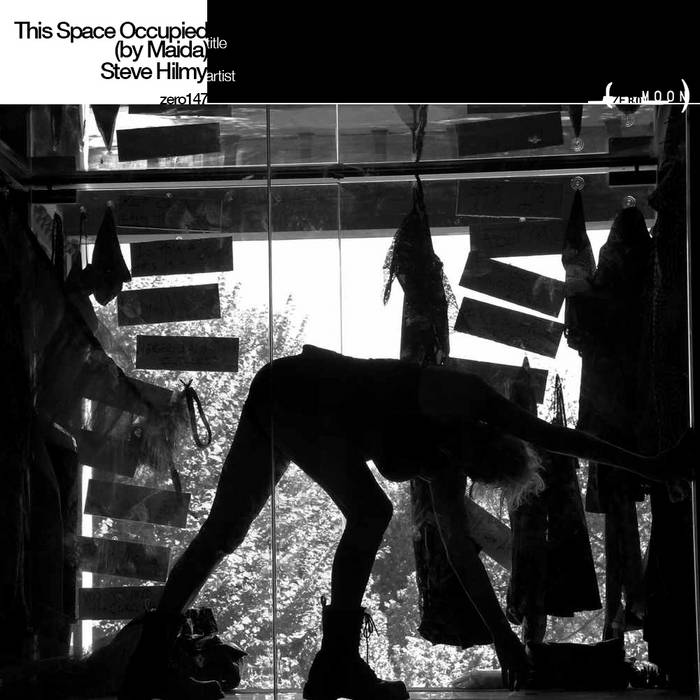 This is a recording of a performance at the Barents Spektakel Festival in Kirkines, at the top of Norway in the Arctic circle February 2013. This recording is the work *as performed* captured by streaming 18 stems to disk during the performance and mixed later on the plane on the way back to the US. It is 38 mins long.

This Space Occupied (by Maida) was originally commissioned by the Washington Project for the Arts for a 5-hour endurance performance in an elevated glass cage at the Corcoran Gallery of Art, Washington, DC fall of 2012. It is an interactive performance of structured improvisation, stream of consciousness choices by Maida Withers as performer and dancer, and Steve Hilmy as musician and composer, that reveal the precariousness of life in the glass cage. The 5-hour endurance event was inspired by notions of the Occupy movement. Portions of Maida's text are fragments of poetry of David McAleavey who is a professor of literature and creative writing at George Washington University, and Alex Caldiero a poet, polyartist, sonosopher, and scholar of humanities and intermedia and a professor of Philosophy and Humanities at Utah Valley State College.

In this recorded performance Maida Withers wears a headset mic and Steve Hilmy processes her speech and movement while performing on keyboard, computer, and miscellaneous controllers, making all sonic decisions in the moment.

Steve Hilmy was born in Aberdeen, Scotland, the son of a Scot and an Egyptian. His early training was as a violinist, later switching to composition after moving to the USA in 1979. Amongst his composition teachers were William Albright at the University of Michigan, and Jean Eichelberger Ivey and Chen Yi at the Peabody Conservatory of the John Hopkins University.

Steve has been on the faculty of The George Washington University Music Department since 1992 where he is the Director of the Electronic Music Studio. He has received grants and awards from such organizations as Meet the Composer, the Southeastern Composers League, ASCAP, BMI, the Peabody Conservatory, and The Virginia Center for Creative Arts, including first prize in the Philip Slates Memorial Composition Contest for "Icarus Falling" (piano and electronics, 1989); the Gustav Klemm Prize for Composition at the Peabody Conservatory in 1991; and 2nd place prize in the Prix d’ete II composition competition at the Peabody Conservatory for “Us” (tenor saxophone and electronics, 1999.). Steve has performed with Maida Withers and the Dance Construction Company since 2005. His compositions have been presented in Russia, Brazil, Kenya, Mexico, Croatia, Norway, and in the USA.

Maida Withers, a powerful and commanding performer, is known for her daring in movement and innovation as a choreographer. She has created a significant body of work for Maida Withers Dance Construction Company, over 75 dances of breadth and vision, involving a process of experimentation and collaboration. Every three to five years, Maida initiates and produces a large-scale work resulting from on-site research and investigation. Current projects involve international travel and collaboration with artists, scientists, anthropologists, and technologists. Maida has an on-going interest in the use of technology, multimedia and new media, mixing imagination and daring with a keen sense of formal structure and beauty. Works reflect her activism for art and other important social and political issue through thought-provoking non-linear narratives often laced with wit and humor. Site specific performances and dance improvisation have been significant aspects of Maida's creative work. Improvisation is important in the development of the works as well as an art creating spontaneous choreography during performance.