by Girls on Tape 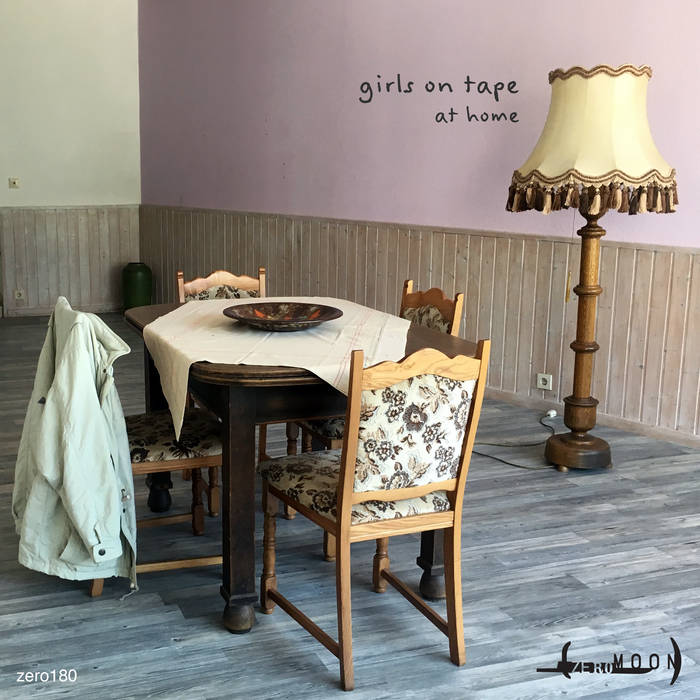 Girls On Tape sees a collaboration between two great guys – European Rinus Van Alebeek, and American Jeff Surak. RVA does the Staaltape releases with their collaged covers in tiny editions, while Surak puts out reams of grisly noise on his Zeromoon label. The two of them met up in Berlin to record At Home (ZEROMOON zero180), with guest appearance from Adrian Shephard; all live recordings, with at least one track done for the radio. Made with Walkman tape players, that Sony device which seemed so cutting-edge in 1982 and is now a relic but one which still holds some appeal for die-hard tape manipulators, such as these two refuseniks. Voices play a big part. RVA plays something called an “acoustic laptop”, which is just plain absurd, but not as grotesque as Jeff with his “lentil crisps”. Neither instrument is likely to appear on a Bjork record any time soon, though you never know. Thrilling listen, full of danger and incident; jumbled collage of abrasive sounds, with distorted voices ripped out of context adding many a frisson of paranoia and tension. So much better than simplistic table noise. Two craftsmen arranging chaotic elements with care and deliberation, yet managing to do it in a live setting, which requires speed of thought and nimble execution (I assume). The seven minute ‘Cipoe’ is a triumph of scrambled thought-processes and disturbing psychic energy, though you may prefer ‘To Think’, 6:37 worth of eerie slow terror and illogical juxtapositions in a work that saps your sanity in unhurried fashion. Marvel at the way they blend and mutate these audio elements so ingeniously. ~ Ed Pinsent, The Sound Projector

*Recorded at the Radio On broadcast studio, Berlin