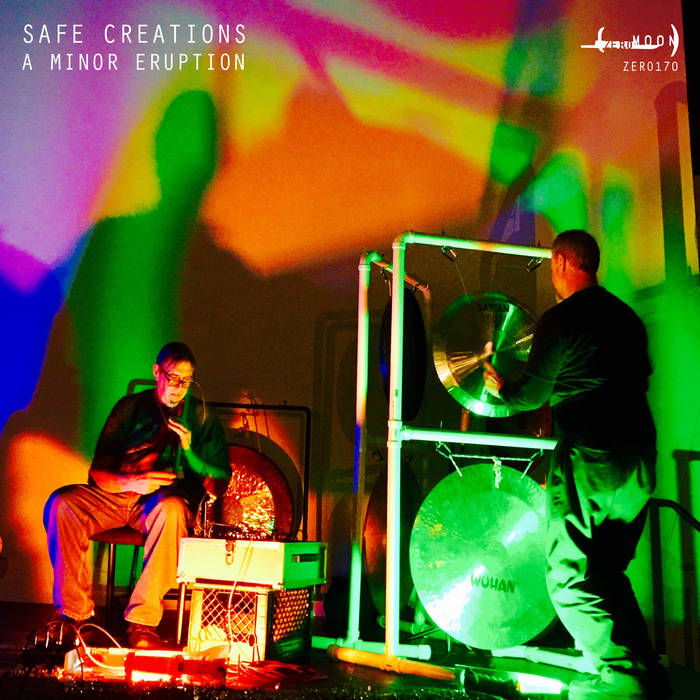 Dave Vosh and Ken Moore have been working together as Safe Creations for about 4 years now. Their very first recordings came just before the first concert in 2012, and they have continued to collaborate in this way. Dave initiates the sound pallet and Ken attempts to color it using various techniques he has experimented with on his collection of tam tams and various metal objects. It is music for the intellect, with sonic explorations in deep thought that ignores preconceived notions of rhythm and melody. A quiet environment, or headset, is the best way to enjoy their commentary on the mind as it relates to the universe.

Dave Vosh (1955, Camp Spring, Maryland) has been involved with experimental and electronic music for the last 30 years, and cites Karlheinz Stockhausen as his main influence. Now residing near Washington D.C., he has been curating and performing multiple events with various other artists as well as appearing solo with his modular synthesizer both in D.C. and in the Baltimore area. For the last four years he has appeared in duet with Ken Moore as Safe Creations, where he has made an effort to perform live as such at least once a year, frequently using his ribbon controller to guide and shape the sounds emitted from his Doepfer A-100 Analog Modular System.


Ken Moore (1954, Baltimore, Maryland) began his musical career as a keyboardist, and integrated his drumming with guitar and synths while working with the Moore/Myers duo in the mid eighties. Since moving to the Cleveland area in NE Ohio, he has dedicated himself to working with sound from an acoustic approach, and specifically with a modest collection of tam tams he has acquired since 2010. For the last four years he has collaborated with Dave Vosh as Safe Creations and has released three albums of recorded material as such on his own Anvil Creations label.