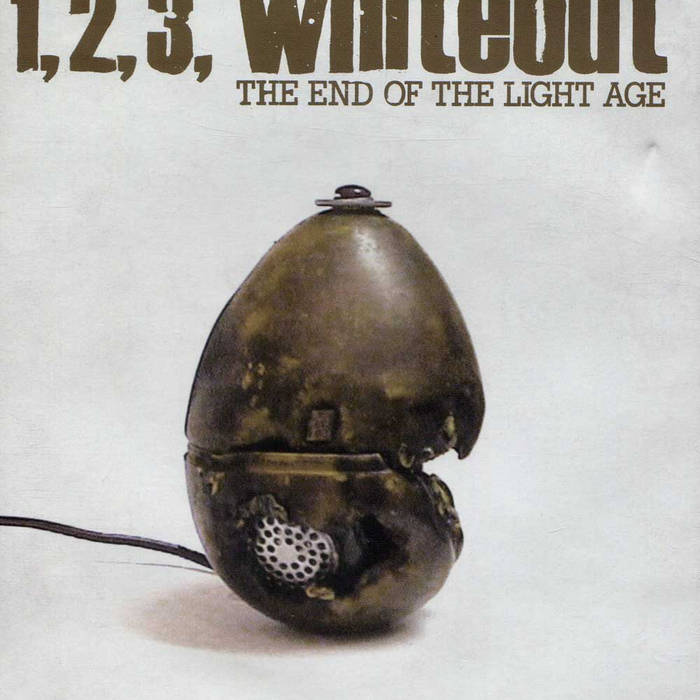 "This 'tone poem for darkness' mixes amazing original vignettes with diverse archive found footage, an exceptional sci-fi sensibility and incredible soundscapes to form a blissfully imaginative and retro-futuristic creation. Set in 'an old-fashioned kind of future', Veronique and an inventor (the legendary Lou Castel) are trying to bring back a 'positive' darkness to offset the glaring, bright, technological man-made light and 'make the night night again'. As much about sound as about darkness, it asks: Can we shine when we are faced with blinding light?" -Leeds International Film Festival

The set includes a CD with soundscapes, drone, and field recordings from the film. Sound is a guiding force in 1,2,3, Whiteout. The film and audio were constructed to operate as independent forces which work in counterpoint. The soundtrack is composed of found, sampled, and synthesized sound as well music/songs composed for the film. The latter were created by Elmapi and AE and the soundscapes were recorded and composed by Richard Harrison and Michael Schumacher amongst others. Drone Hill, a side project of Richard Harrison (of legendary Spaceheads) serves as one of the fundamental materials which runs throughout the film. Drone Hill was the title of an album Harrison made by placing sound captors on the wire fence at his brother's farm whereby creating an enormous recording device, capturing vibrations and natural phenomena. Accident and Emergency (AE) from Sonig records performs original music as a Greek chorus in the film. Emiko Ota (singer/drummer/vibraphone) appears in person, in voice, and on screen in 4 different scenes, lamenting, advising and commenting. Elmapi (Elise Pierre) who has just completed her US tour on her second album (mixed and mastered by Andy Moor of Dutch band The Ex) has composed two original tracks for the film as well as acting in 1,2,3, Whiteout. Sound from dozens of different films were sampled along with found sound recorded by Pierre who drew on her experience as an electro-acoustician as she transformed the material. The film also includes a track from NY sound artist Michael Schumacher's "Fidicin Drones" and a clip from legendary Soviet electro experimentalists Notchnoi Prospekt. Erik Minkkinen who created the international "Placard" headphone festival also plays a soundman in the film. As a bonus the DVD includes 2 short experimental films created using x-rays that feature music performed by Violet.